The Oil Industry of Nigeria If anyone asks Chevron or Shell, for example,  how they feel about Nigeria, the response would probably be that they were tired of problems, at least if they were honest. Pipeline vandalism, militant attacks on infrastructure, protests and lawsuits are among the issues that have plagued Nigeria’s oil industry for […]

In the oil industry, We can get our data from a variety of sources, from the largest government bodies to small independent niche oil supply monitoring specialists. The question of how much oil is left in the world has been speculated upon for a long as the industry has existed. Just a couple of years […]

How to fight the gender imbalance within the offshore oil & gas engineering sector From the gender pay gap to increasing the number of females at the board table – gender equality has been making headlines for several years now. It’s fair to say in many situations gender imbalances are being addressed successfully. But, when […]

These interactive presentations contain the latest oil & gas production data from 114,539 horizontal wells in 12 US states, through June 2019. Cumulative oil and gas production from these wells reached 11.7 billion bbl and 133.7 Tcf of natural gas. West Virginia is deselected in most dashboards, as it has a greater reporting lag. Oklahoma […]

Introduction Offshore oil and gas production involves the extraction of oil and gas from often extreme depths under the sea. Land-based drilling is much easier, but offshore production plays an essential role in the world’s energy supply. With 71% of the world’s surface as water, hydrocarbon deposits are found in larger quantities in the sea […]

You may have missed this, but last month BP announced that a new field had been discovered in their Thunderhorse field. This is welcome news as the original T-Horse reservoirs are undergoing secondary recovery methods as production has declined. Thunderhorse produces from reservoirs buried more than 28,000′ BML. This new one is deeper still from a well […]

Cost Saving through Operational Optimisation Without exception, every Operator has the potential to reduce their operational … END_OF_DOCUMENT_TOKEN_TO_BE_REPLACED 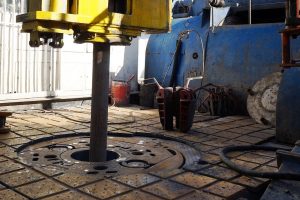 Working on an offshore oil rig or platform is a unique experience Note: In this article, we'll use the word 'rig' and 'platform' … END_OF_DOCUMENT_TOKEN_TO_BE_REPLACED 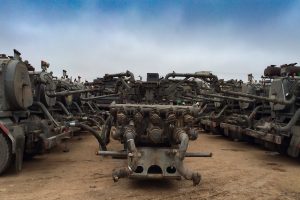 The beginning of the 20th century in the United States was marked by what historians call the Texas oil boom. Its other name was … END_OF_DOCUMENT_TOKEN_TO_BE_REPLACED

After extracting oil and gas from the ground, you have to accurately measure and weigh how much you have extracted using weighing … END_OF_DOCUMENT_TOKEN_TO_BE_REPLACED 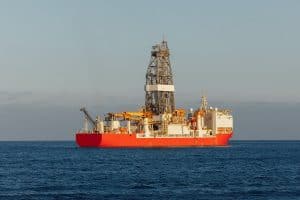 Offshore Oil and Gas When fossil fuels formed under the pressure of newly emerging rocks, they formed in a world that was … END_OF_DOCUMENT_TOKEN_TO_BE_REPLACED 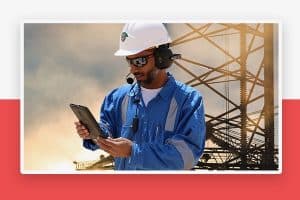 How Smart Hard Hats Improve the Safety and Efficiency of Oil & Gas Workers The oil and gas industry, being one of the oldest … END_OF_DOCUMENT_TOKEN_TO_BE_REPLACED