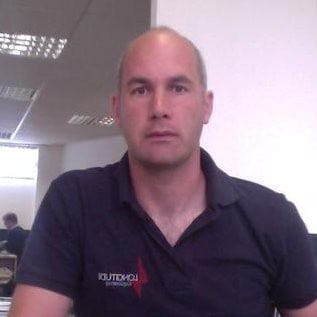 David Bignoldhttp://longitude-engineering.com
David has been working for Longitude Engineering for 12 years, in his time there as Director, he has been responsible for developing Oil and Gas services in the UK for projects across Europe and Africa. Specific services relate to naval architecture and structural design for floating production and marine operations.

From the gender pay gap to increasing the number of females at the board table – gender equality has been making headlines for several years now. It’s fair to say in many situations gender imbalances are being addressed successfully. But, when it comes to the male-dominated maritime industry, gender inequality is less of a gap and more of a gaping chasm.

The Maritime HR Association reports that the gender pay gap in the industry is a staggering 45.7% – a particularly unhealthy number when you compare it to the national average, which itself still stands at 17.4% according to the Office for National Statistics. The data was extracted from a survey from HR Consulting, which revealed that female maritime workers earn an average of £16.50 per hour – compared to nearly double what their male counterparts earn, £30 per hour.

Progress in achieving gender parity is agonisingly slow, and if it continues at current rates, it will be another 200 years before we realise it. Happily, achieving gender equality in the sector has become an important focus for everyone in the industry – men and women. And with some powerful initiatives being put into place, it may be achievable in a far shorter time frame.

Why Does the Maritime Industry Need More Women?

Just two per cent of the world’s 1.2million seafarers are women – and when you take into account that 92 per cent of that minority are working within the cruising industry, you can see the scale of the problem.

In more recent years we have seen strides forward in increasing the numbers of females working onboard a cruise ship. But, while it has grown to around 20 per cent, the majority of these women are involved in the hotel and catering service – just a tiny 0.5 per cent are employed in the technical maritime profession.

In the past, a career in shipping for women may have been discouraged – after all, it was commonly held that females were the fairer sex and would struggle to carry out some of the tasks required. But, technological advancement and progress in the industry mean that now what’s needed is less of the heavy lifting and more of the heavy thinking. For the maritime sector to thrive, it needs fresh knowledge to drive innovation – and this is something that is not just the preserve of men. By recruiting for skills and experience over gender, the industry will be well equipped to take some giant strides forward.

There is also a wealth of evidence that suggests having women high up in the workforce can do wonders for a company’s performance while more women in Parliament leads to more legislation in key social issues like health, child support, anti-discrimination and education. As the International Maritime Organisation puts it: “The evidence is clear: equality for women means progress for all”.

What’s Being Done to Address The Problem?

Back in 1988, the International Maritime Organization (IMO) developed the first programme designed to promote the advancement of women in the sector. The key goal of Strategy on the Integration of Women in the Maritime Sector was to boost the presence of women in the workforce in developing countries, through education, training and knowledge transfer. Fast forward to today, and the IMO adopted the theme of empowering women for World Maritime Day 2019 – suggesting that women in shipping still have a tough deal.

In the UK, the Women in Maritime Charter was launched in September 2018, which is urging companies to agree to specific targets on gender diversity. And in the same year, the IMO approved an application from Women’s International Shipping and Trading Association (WISTA) – itself founded in 1974 – for consultative status. This crucial step forward means the Association now has an active voice within the global industry and can do much to advance women’s positions in maritime.

Gender Parity Is the Goal

To truly address the issue of gender equality, it’s vital to consider what the end goal needs to be. Success shouldn’t be measured by achieving a 50/50 split of male/females in the maritime sector. But instead, be measured by the ability for all – regardless of gender – to have the same opportunities to enter the profession. Access to training and education as well as employment opportunities and career advancement will aid this. To help encourage female participation, there need to be visible role models, mentoring and coaching opportunities and well-publicised recruitment adverts.

And once these first steps are taken, they have to be followed through with strategies to retain the skilled and experienced female workforce. They must have the same opportunities as men to progress and advance, and female-friendly initiatives need to become written policies. It is known that there is a significant difference in the time that men are prepared to spend onboard compared to women. Overwhelmingly women say they wish to work offshore for a few years and then move to onshore roles to start a family. Few want the challenge of building a family while at sea.

Steps in the Right Direction

In April of this year, over 350 participants attended the WMU (World Maritime University) Empowering Women in the Maritime Community Conference. At close, a set of conclusions based on the development and implementation of gender-related policies was drafted. These included enforcing gender-responsive policies; promoting role models; establishing mentoring programmes; ensuring equal employment opportunities and pay; and engaging with school children to raise more awareness of the sector.

This year’s International Women’s Day in March also saw an important step forwards revealed by the UK government. The Department for Transport has given the 1851 Trust – an educational charity – £100,000 to fund ten roadshows to attract more women to maritime careers.

These are bold initiatives and great steps forward for an industry that is lagging. Change is occurring – despite progress being frustratingly slow. There are a vast number of female-centric initiatives being put into place in recent years, but these will all take time and patience before we start seeing any real change in the maritime workforce.

David has been working for Longitude Engineering for 12 years, in his time there as Director, he has been responsible for developing Oil and Gas services in the UK for projects across Europe and Africa. Specific services relate to naval architecture and structural design for floating production and marine operations.