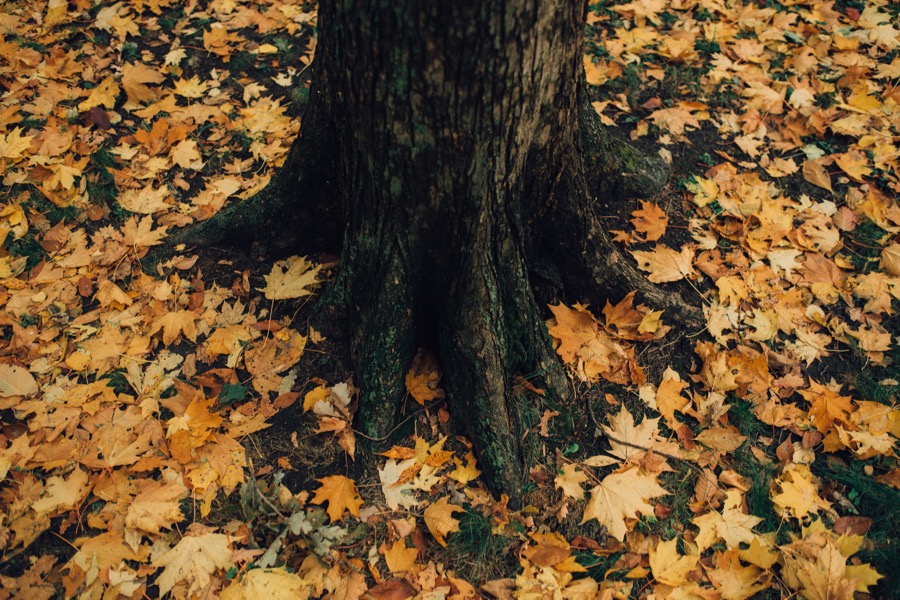 What is directional drilling?

Directional drilling is a broad term used to describe any boring that doesn’t go in a straight line vertically down. In fact, even in a vertical well, it might be necessary to deviate to avoid a geological formation or a previous stuck pipe, then return to the original path. In this instance, the driller uses sidetracking techniques.

In conventional drilling for oil and gas, the drill bit, drillstring, pipe and casing all go down in a straight line. If a driller aims away from the 180-degrees down, that’s technically directional drilling. Nowadays, however, it’s more likely that there’ll be a series of one or more carefully planned directional changes along the wellbore.

Directional drilling techniques have been employed for almost 100 years now. Over the past few decades, technological improvements have meant that angles, turns and underground distances covered are amazing feats of engineering.

Techniques such as multilateral, horizontal and extended reach drilling (ERD) are enhanced oil recovery (EOR) methods that can increase the yield of a downhole dramatically. It’s possible for ERD specialists to drill for more than 10 kilometers/6.2 miles. Students of petroleum engineering often get shown illustrations and diagrams that look like tree roots. If we imagine the rig as the trunk of the tree, the directional possibilities of the roots are endless. Even the branches of the roots are comparable to multilateral drilling.

Why is the technique so valuable?

Multiple down holes can be drilled from the same rig, minimising surface disturbance and environmental impact. Also, these boreholes can extend up to a mile down, and for more than five miles at shallower angles. In an oilfield with dispersed deposits, a large radius can be tapped, maximising the expensive asset which is the rig. Rigs and crews have day rates that run into the hundreds of thousands of dollars, one rig working up to five or ten square miles is very cost-effective in comparison to having a dozen or more vertical rigs, which may or may not be tapping into the same accessible reservoir deposits.

Geologists and engineers use terms such as an ‘oil reservoir’ or a ‘hydrocarbon reservoir’ to describe underground pockets of resources. Scientific terms give a label to help everyone understand each other, but Mother Nature has different ideas about the way she organises things.

People who perform well plans such as seismic geologists, geoscientists, exploration engineers and CAD experts join together to give the best idea of where oil and gas deposits may lie. Their estimates are based on different types of surveys, and past experience. What they’re unlikely to do is pinpoint the exact place where they’d access the maximum amount of resources.

When we see reservoirs of water, we can imagine dropping a giant straw into the middle and sucking up the entire lake. The flat surface area of the water and the likelihood of human-made dams and walls might give us a false idea of the topography of an underground reservoir. The bottom of the lake would provide a better insight into the random geometry of the dispersed resource. For example, if your imaginary straw happened to touch a shallow gravel bar in the middle of the lake, you might only extract a small percentage of the water.

On top of this randomness related to upper, lower and outer dimensions, there are plenty of other possibilities:

Another use for directional drilling is in the event of an uncontrolled, or ‘wild well’. If you imagine a well that has broken through the blowout preventer and is gushing, how can you cap it?

This depends on the amount of underground pressure. In some instances, a second control well is drilled so that it intercepts the same point where the original wellbore meets the reservoir. Once the new directional well is completed, it can be pumped with kill fluid.

If the well pressure isn’t too severe a relief well can help to release gas so that the original gusher reduces in intensity, allowing it to be controlled. Mud and water are pumped in from a different angle, to get the first well under control and back to proper working order.

How do the engineers know where the end of the drill is?

It’s not possible to see hundreds of metres underground, in fact, the drillers and engineers rely entirely on technology to ‘see’ where they are going. A directional driller has a guide that has been created by the engineers and geologists. Every 10-150 metres, (with 30-40 being typical), survey data is sent back to make sure that the original ‘blue line’ well path is being followed.

Directional drilling software receives input from multiple measurements while drilling (MWD) sensors in the drill bit, and at any branches or junctions. (Other measurement tools include Electromagnetic MWD and Global Positioning Sensors (GPS)). In addition to MWD technology, mud loggers use logging while drilling (LWD) sensors and software. The drill bit has vibration sensors that can detect the type of formation being drilled at any point. Collars can be added along the length of the well, sending back information to the surface regarding torque, weight and bending.

From the surface, electromagnetic sensors can also track the progress of the drill bit. When all of the data from the drill bit, collars, motors and the surface equipment enter the control panel, a complete representation occurs.

As well as being able to know what is going on, even a mile along the drill bore, drilling engineers can make adjustments in real-time that ensure that everything is going to plan. This is especially relevant when unexpected things occur concerning geology or severe equipment stress.

How can the drill make a turn?

If you were to imagine the mechanics of directional drilling without seeing the technology, you might wonder how the drill could suddenly change direction. Since the motor that turns the drill is at the surface, how can the drill string continue to rotate at 360 degrees while going around a corner?

We now have downhole drilling motors, that can drive the drill bit in a completely different direction to the usual 180-degree downhole starting point. Turbodrills and rotary steering drills are employed in directional situations where they’re best suited.

The rotational speed of the drill and the weight and stiffness of the drillstring can also be used to influence direction. One of the original methods was jetting, a high-pressure nozzle shot water or drilling fluid from one edge to the drill bit, creating a weaker side in the formation.

Drill bit sensors can tell the driller about external weight, and rotary speed that can also be used to influence the trajectory. Mud motors can also be used to change direction. With a steerable drill pipe, there’s a bend near the bit. The drillstring stops turning, and then there is plenty of time to use chosen directional techniques to reposition the bit to the desired trajectory. When it starts spinning again, it’ll start going in the direction that it’s now pointing towards. (More about steerable mud motors in the next section).

Rotary Steerable Systems (RSS). Directional drilling by using the mud motor means that often the drill pipe needs to be slid forward while the drill is motionless. A rotary steerable system can drill and steer at the same time. This means that previously inaccessible formations can be accessed.

Bottom Hole Assembly (BHA) configurations are often bent in shape so that they can make turns by using physical manipulations. The video further up the page clearly shows the bend in the drill pipe.

Multi-Shot cameras are fitted inside the drillstring. They’re set to take regular pictures on a time-lapse setting. Then these images are sent to the surface control.

Custom whipstocks that work with downhole motors don’t need removing in between drilling. These are a significant advance on the old fashioned ones previously mentioned. More time can be spent drilling, and less time removing the drill bit and conventional whipstock.

Networked or wired pipe. The Intelliserve system from National Oilwell Varco is a broadband networked drilling string system. It can transmit data from the sensors back to the surface.

These are most of the specialist directional equipment used. Plus there is the three-dimensional measuring equipment mentioned previously in this article (MWD, LWD, etc.)

Well integrity is perhaps the most crucial aspect of directional drilling. Drilling at deeper, or extended distances, and especially changing direction causes a number of additional engineering challenges and stresses on the equipment.

For example, a downhole drilling motor will always be far smaller and less powerful than one connected to a robust drilling rig above ground. It’s more likely to fail, or have insufficient torque or speed to get through challenging geological formations.

The drillstring itself will be less stressed when going in a straight line, every degree of turn add extra friction and unbalanced pressure. If drillstring integrity isn’t maintained, the drillstring can snap or get jammed. It could mean that a brand new set of equipment is needed, and a new well might need to be drilled again in a slightly different direction.

Maintaining hydraulic pressure, and wellbore cleaning is much more challenging with these types of wells. Modern directional drilling equipment is so advanced, it can cope with high pressure/high-temperature HP/HT conditions, a mile away, after the wellbore has changed direction.

Computer simulation programmes are used to simulate the well plan. 2D and more recently 3D modelling programmes give the geoscientists and engineers a visualisation of the planned path. This software is created based on previous knowledge, current seismic and magnetic data, supplemented with real-time data from the MWD instruments.

There are a few different types of directional drilling. Multilateral drilling is where a downhole bore has multiple lateral (90 degrees) offshoots. For example, a well might be 1000 metres in depth but have numerous lateral wells connected to it.  Extended reach drilling (ERD) is categorised by ever longer wellbores drilled from the rig.

Land tenders offer the right to explore and extract resources from a particular square meterage of land. It’s possible to purchase a lease for an oil patch, then drill horizontally into neighbouring territory. Close to a national border, it’s been known for drillers to drill into another country.

This is different from straightforward situations, where two territories happen to tap into the same reservoir. The industry has guidelines and regulations. Simultaneous operations (SIMOPS) and combined operations (COMOPS) have strict procedures for situations where well interference can occur.

The oil industry is aware of the ability to horizontally tap deposits under other peoples leases, lawsuits related to this started way back in the 1920s. 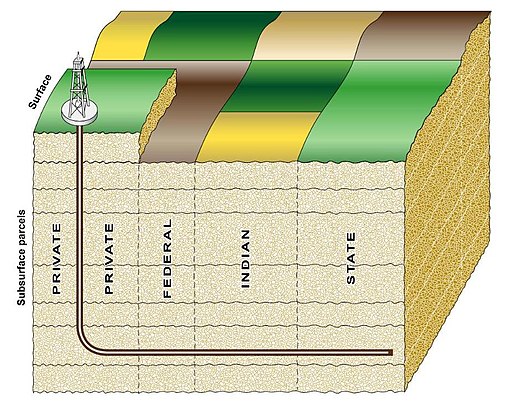 Of course, the majority of horizontal drilling is done for good reason, not to cross borders of ownership or sovereignty. Sometimes horizontal directional drilling is the only possible way to tap a reservoir, such as the case of dilling under a town or nature reserve. Other times it’s a cost-saving exercise, to drill under a salt dome or mountain. Lastly, drilling horizontally can be the best way of maximising extraction by reaching more sections of a reservoir.

Offshore Oil and Gas When fossil fuels formed under the pressure of newly emerging rocks, they formed in a world that was … END_OF_DOCUMENT_TOKEN_TO_BE_REPLACED

How Smart Hard Hats Improve the Safety and Efficiency of Oil & Gas Workers The oil and gas industry, being one of the oldest … END_OF_DOCUMENT_TOKEN_TO_BE_REPLACED

In the oil industry, We can get our data from a variety of sources, from the largest government bodies to small independent niche … END_OF_DOCUMENT_TOKEN_TO_BE_REPLACED

Rather than just the science, this post is focused on practical questions such as: What do petroleum engineers do? We cover the … END_OF_DOCUMENT_TOKEN_TO_BE_REPLACED