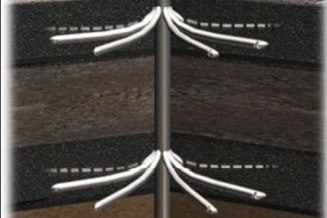 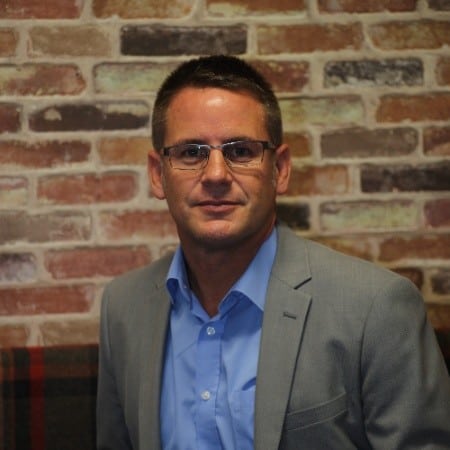 Radial Jet Drilling (RJD) has been available for over 20 years. It has often promoted as a potential ‘step-change’ technology for the Oil & Gas industry.

Firstly, what is Radial Jet Drilling and how does it work?

Radial Jet Drilling is an emerging enhanced oil recovery technology that uses high-pressure water to drill a radial pattern of lateral tunnels into a producing formation, from an existing vertical well. The combination of jetting through problematical skin damage, and then creating a pipeline of tunnels back to the wellbore from out in the formation, is an exciting proposition.

There are a number of independent expert reports available, which suggest that RJD could increase production from existing wells by 500%-1000%, and considerably increase the ultimate recovery from wells and formations where RJD is successfully deployed. These numbers are certainly attention-grabbing and cause to further understand and evaluate this technology.

In 2015 an excellent research paper by Robert Balch, Senior Scientist/Section Head of the Petroleum Recovery Research Center (PRRC) was sponsored by the RPSEA. A number of complex simulations and calculations were made based on drilling laterals of just 30ft in length.

A copy of this report, and numerous others on Radial Drilling can be found at www.radialdrillingconsultant.com/news-and-media

As with traditional horizontal drilling, the length and diameter of the lateral (horizontal) section plays a key role in the result and expected results from Radial Drilling. As noted in this report, completing a radial pattern of laterals of 30ft offers production increases and higher recovery rates than is likely to be achieved with any existing technology.

When laterals reliably extended past 30ft and drilled with high levels of accuracy, there’s every reason to believe the results from this exciting technology will only improve.

The future of RJD technology

It is only a matter of time before multi-laterals of 100ft+ can be drilled and technically there’s no obvious reason why laterals of up to 400-500ft won’t be achieved. When this happens, Radial Drilling will quickly evolve into a completion technology and not just an enhanced oil recovery (EOR) technology.

The ramifications for the oil & gas industry of this happening will allow Radial Drilling Technology to match some of the bold historic claims that have been made about it being a ‘game-changing’ technology.

Horizontal drilling has changed the landscape, however, there are a number of limitations and problems with this method:

Being able to drill standard low-cost vertical wells, completed with an array of multi-laterals, with the pump optimally positioned (submerged) below the producing formation will likely change the landscape.

A key consideration for Radial Drilling is well selection, as different formations and geology will respond in vastly different ways to the process. The starting point is to work with experienced petroleum engineers and reservoir engineers and understand what problem is trying to be solved via deploying this technology.

If the Radial Drilling system is using high-pressure water then it’s important to understand the capabilities of the system prior to deployment. High-pressure water is suited to permeable sandstones and coals, which exhibit average to decent porosity.

Obtaining cores that can be tested for their jetability, prior to any deployment will considerably increase the likelihood of success.

By completing a full analysis and review of an individual well, or formation, it is possible to identify what problem exists, and therefore understand why Radial Drilling will solve the problem. Matrixes are now being created by Radial Drilling Service providers and this is an area where we will see considerable development and investment in the future.

As the technology evolves and matures the value will reside in being able to identify the best candidate wells, and being able to ensure a return on investment prior to deployment. In the state of Texas alone there will be tens of thousands of ideal candidate wells for re-completions and workovers and a new service industry will have been created.

At a technical level, Radial Drilling is a two-stage process. Firstly, a tool is run in hole to mill a window (or multiple windows) in the casing. The casing milling tools are generally deployed on either coiled or jointed tubing, and the tight turn inside the casing takes place via a guide shoe or whipstock, which is attached to the existing production tubing string. Secondly, a jetting assembly is lowered into the well in the same manner, and the water pressure is increased to as high as 20,000psi to initiate rock cutting.

Typically, a shallow well of under 5000ft should only take 4-5 days to complete, normally with between 3-6 laterals. The all-inclusive (with a workover rig) cost for this service varies, however, should not exceed $100,000.

The applications for RJD are considerable and numerous, and from the list below each one of the bullet points could have an independent article written about it. Let’s take a look at some of the things that RJD can do:

Many mature formations and reservoirs around the world still have as much as 90-95% of the original oil or gas in place after primary recovery. By successfully applying Radial Drilling, either independently, or as part of a secondary recovery plan, as much as an additional 20-30% of the oil/gas could easily be recovered.

Given that the large capital expense to initially drill and complete the well has already been written off, and the wells are already connected to all required infrastructure, the case to invest the incremental capital cost to apply Radial Drilling, should a compelling one.

So, why isn’t everyone using Radial Drilling?

Claims of 100m (300ft) laterals, going out in a perfectly straight direction are frankly farcical and not credible.

Unfortunately, due to the nature of how many of these systems are deployed, the operator has to put much faith in what he is being told by the Service Company deploying the technology. In this case, the common story reported to operators is one where the laterals were successfully jetted, but for reasons unknown, his well didn’t respond to the laterals. The truth is that it is unlikely that any laterals were ever jetted into the formation, and that the flexible (rubber) hose used to jet the laterals, has just been wrapping around inside the casing.

So, where are we at now?

The good news is that new and emerging technology is constantly being developed, and there is great cause for optimism that it won’t be long before a truly commercial and reliable system is available.

There are now systems using miniature traditional mechanical drill bits, which negates a number of limitations of high-pressure water and this development is certainly one to keep an eye on.

There are also systems being developed that have a steering and survey capability, which if proven to be reliable, opens up market opportunities on a global scale. Being able to steer laterals will mean that laterals can be drilled in wells where there is known oil/water contact. Presently fracing isn’t an option for these wells.

Also, being able to steer and survey will bring credibility to the industry, removing the doubt that presently exists as to whether the laterals are actually out in the formation, or just wrapping around inside the casing. Ultimately, it’s all about how a well performs after it is put back on production, and there are many that need little convincing that longer, steered laterals will yield great commercial results for operators.

There is every reason to believe that 2018 will be the year where some major breakthroughs are made with Radial Jet Drilling Technology. Just as was witnessed with George Mitchell, there are a number of extremely hard working and dedicated pioneers, working on systems that could change the way things are done in the oil patch. We will continue to observe and monitor these developments and provide regular updates and case studies along the way.

Darren has been actively involved in the  Radial Jet Drilling industry for over a decade and has deployed Radial Jet Drilling systems on multiple oil & gas wells across the world, including Texas, New Mexico, Oklahoma & Australia. Darren has also evaluated international projects in Mexico, Canada, China, Middle East & Indonesia.