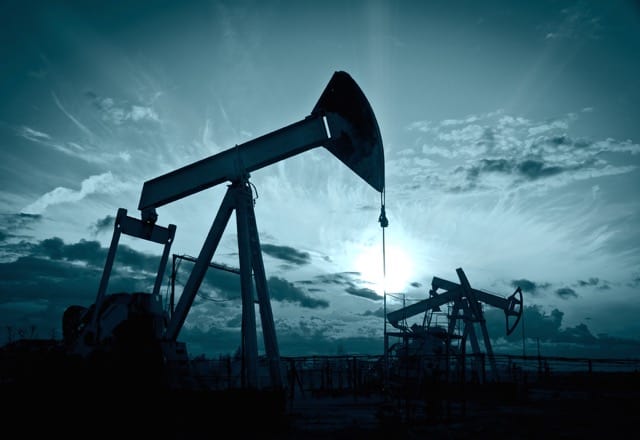 Robin Abramshttp://www.energyfin.com
Robin is an energy analyst and researcher for the Winston Churchill Memorial Trust.
As we kick off the year, it is a good time to discuss the state of the oil and gas (O&G) industry and the outlook for 2017. First, let’s review where we are in the cycle after a historic two-year oil price collapse (2014-2016) saw WTI topple from over $100/bbl to under $30/bbl, before rebounding to around $50 today.

According to the Haynes and Boone Bankruptcy Monitor, around 114 North American O&G operators have filed for bankruptcy since the start of 2015 (including Chapter 7, 11, 15 and Canadian cases). This has represented approximately $74bn in cumulative secured and unsecured debt and over 250k industry job losses. Debtwire Analytics reports that at least another 135 companies are still in trouble.

The supermajors have been shrinking, through a process of divestitures and retrenchment, using their past experiences of dealing with difficult economic conditions. While, at the other end of the market, dozens of smaller E&P companies (drillers and service providers) remain on the edge; vulnerable to market movements. It’s worth noting that producers have been hit harder than oilfield service providers, which supply well drilling equipment and typically have lower capital costs. The industry has also contributed to its decline, through the use of new technology, which has put downward pressure on prices by reducing costs, e.g. drilling and completion, extending the life of oil wells.

However, we’re now unlikely to see a wave of unexpected bankruptcies in 2017. Many companies are working to pay down heavy debt loads, built up from years of borrowing under assumptions of $100 oil. The weakest companies, with poor balance sheets and cash flow, have already left the market and the number of bankruptcy filings has decreased. The other businesses have reduced headcount and taken plants offline, so the worst may be behind us.

While the industry may be strengthening, debt holders in individual companies are still anxious and rumours about financial difficulties are swirling around the industry, keeping many traditional investors away. Some businesses face additional pressure as historical oil price hedges roll-off.

The deal reached late last year, between OPEC and large non-OPEC producers (notably Russia), to limit oil production, has seen the price steady at around $50/bbl. which has helped some companies to stabilise. However, in a market driven by supply and demand, the expected pillars of demand growth seem to have been swept away. A rapid industrial slowdown in China and a cooling market in India have shocked producers.

On the other side of the equation, the global oversupply continues. We have seen very strong gains in OPEC supplies as Iraq comes back online and Iran opens its taps post-embargo. Non-OPEC supplies have cooled down, but not enough to compensate. The International Energy Agency has said that the crude oil market will take longer to rebalance than it previously assumed. It looks like we’re now in a long-term hydrocarbon abundant world, with most experts forecasting only a modest increases in oil prices through 2017. The industry could slip back into trouble quickly if prices slide again.

Going forward, we should also start seeing companies strengthen from the effects of large cuts in capital expenditure and other restructuring efforts. Weaker O&G players with high debt loads will still be pressured, as the downturn has changed the funding options available in the industry. Globally, banks are more limited by regulations on the base borrowing redetermination process. This makes debt covenants more restrictive, and means that some distressed companies will need to look for creative financing or private equity. There is also huge potential for M&A, as many expected large-scale mergers did not happen in 2016.

In the US, the new Administration under Trump is likely to be a positive for the operating environment, with commentators expecting that the EPA will be muzzled, federal lands will be opened to drilling, and regulation will be rescinded. The new government is sourcing staff from the O&G industry to inform its agenda.

Ultimately, there have been major outflows of cash from a cash-intensive industry. So unless investor confidence returns, growth opportunities will be limited, and the potential for large bankruptcies remains. As low prices continue, opportunities for new business models will appear. Many senior O&G professionals have now left the industry, paving the way for a younger crowd to adapt in a changing world.

We see some clear trends for 2017, including: