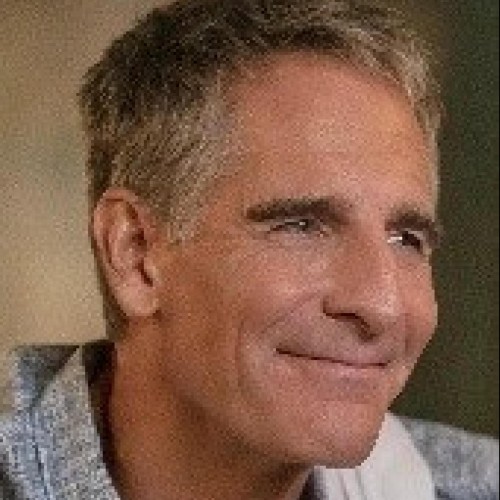 The American Petroleum Institute history begins with World War I.

This article relies on the information provided in a book published by the University of Pittsburgh Press titled, “United States Oil Policy, 1890-1964”.

The history of the American Petroleum Institute (API) began with its founding in 1919. The API website describes its origins starting with World War I when the domestic oil and natural gas industries worked with Congress to help the war effort.

Back then, the oil and natural gas industry included new companies created after the U.S. Supreme Court broke up the monopoly of the Standard Oil Company in 1911. However, these new independent companies never worked together before. So, they bonded to help petroleum supplies reach the armed forces efficiently and rapidly during World War I.

The U.S. Chamber of Commerce created the National Petroleum War Service Committee to oversee the oil industry which didn’t have any trade association. Headed by A.C. Bedford, chairman of the board of directors for Standard Oil from 1917 to 1925. Eventually, it became a quasi-government body. This committee brought the major oil industry companies together to coordinate supplying petroleum for the war effort.

World War I Dependence on Oil

In 1914, World War I began with cavalrymen on horseback. Four years later, it ended with airplanes and armored tanks. According to The Wall Street Journal, the “First war to run on oil.”

Image credit: This is photograph Q 2486 from the collections of the Imperial War Museums (collection no. 1900-09) An early model British Mark I “male” tank, named C-15, near Thiepval, 25 September 1916. The tank is probably in reserve for the Battle of Thiepval Ridge which began on 26 September. The tank got fitted with the wire “grenade shield” and steering tail, both features discarded in the next models.

Horses were replaced by gas-powered tanks, trucks, airplanes, and oil-burning ships. By the end of the war, thousands of trucks, motorcars, essential, and motorcycles appeared on the battlefields for both sides.

When the U.S. entered the war in 1917, petroleum became so valuable that the Inter-Allied Petroleum Conference formed to coordinate, pool, and control all allied oil supplies. At the time, the U.S. produced around “70 percent of the world’s oil supply”.

The start of World War I saw the world with plenty of oil, but few uses for it. Its primary purpose was to provide “kerosene for lighting”.

However, “The Great War” introduced a better use for oil for the 19th century and beyond. Energy production moved away from basic hydropower and wood towards fossil fuels like coal and petroleum. Compared to the coal used in ships and vehicles, petroleum offered flexibility because of easier transportation, and it got used in different types of vessels and vehicles.

The Emergence of Big Oil

Oil emerged as a strategic commodity due to the extensive use by the military in World War I.

The 1920s saw worldwide increased harvesting of oil by international corporations earning the title of “Big Oil.” As a result, the vast oil reserves held in the U.S. created a strategic advantage for many generations.

Image credit: Pach Brothers, New York – This image is available from the United States Library of Congress‘s Prints and Photographs division under the digital IDcph.3a04218.

On January 11, 1918, President Wilson signed an Executive Order establishing an Oil Division within the Fuel Administration imposing controls like those on the coal industry. Oil producers of more than 100,000 barrels per year had to get licenses from the Fuel Administration. The administrator obtained the power to allocate oil distributions to those in the greatest need and to establish a system of priorities.

“But the oil industry has a chance to avoid this unhappy issue…It can respond with every energy at its command…organizing itself into a complete unit”.

Their goal was to encourage self-integration of the oil industry.

This committee became instrumental in obtaining cooperation between the federal government and the oil industry through World War I and afterward. These led to production control, pooling fuel oil, and price stabilization.

After the war ended, committee members wanted to continue functioning. That decision eventually led to the formation of a new oil industry trade association. This movement caught fire when the federal government tried to impose a war tax.

“The prediction was made in a report issued yesterday by a committee of prominent oil producers that the exploration for new oil fields and the drilling of wells in unproven territory will practically cease unless some measure of relief from the war profits and excess profits taxes as proposed in the House bill is granted.”

This prediction created a panic within the oil industry.

Thus, the postwar years required the formation of a national association to represent the entire industry to protect themselves from federal government interference.

Formation of the American Petroleum Institute

On March 14, 1919, the committee members met with oil industry representative in New York City to draft a constitution and by-laws for a new trade association. Ten days later a second meeting occurred in Chicago at the American Petroleum League’s annual meeting. On March 26, the league voted to dissolve the National War Service Committee in favor of a new American Petroleum Institute (API).

The API’s original charter emphasized the importance of the industry to the public and country. The charter set forth its purposes as:

In the spring of 1919, the API began looking at several federal government agencies. They started with the Federal Trade Commission investigating several oil companies giving away pumps to gas stations to get their business. Should the API try to settle with the FTC or wait for a lawsuit?

President Wilson dissolved many of the wartime agencies after the war. Soon after the formation of the API, the federal Fuel Administration began the process for final dissolution. It focused on minor problems instead of national fuel. This left a vacuum for the API to advocate on behalf of the oil industry about national fuel policies and intra-industry cooperation.

The abolishment of many wartime federal agencies between 1918 and 1919 left the oil industry to police itself.

How the U.S. Government Depended on the API

In 1980, a journal article by the Cambridge University Press about the “Formative Years of the American Petroleum Institute” explained how the API used statistics to influence government agencies. It claimed:

“Several understaffed and underfunded government agencies …came to rely on the API’s expanding statistical services instead of further developing their own capacities in this area.”

In essence, the API became the leading source on oil industry statistics for the government from 1920 into the 1970s.

Over 600 API members include companies involved with:

As a result, over 10 million jobs in the U.S. relate to the oil and natural gas industry making up 8 percent of the U.S. economy.

After establishing its headquarters in New York City, the API began to focus on the following areas:

Advocating on behalf of the oil and natural gas industry to the Executive Branch, Congress, and the public. Representing the industry in legal proceedings, participating in partnerships with other associations and coalitions to promote the members’ public policy goals.

In 1920, API developed a program for collecting industry statistics. API issued weekly statistical reports and summaries about crude oil production. They shared the reports with the media and government.

Later on, the data expanded to include crude oil and product stocks and refinery runs. These statistics remain a vital source of industry data shared globally.

API sponsors or researches many projects ranging from economic analysis to toxicology tests. API collects, maintains, and publishes data and statistics on every aspect of U.S. industry activities. These include:

For over 90 years, API led the standardization of oil field equipment. World War I drilling delays resulting from equipment shortages at the drill sites led to pooling equipment as the solution. However, many attempts failed due to the lack of uniformity of drill bits, pipe sizes, threads, and coupling.

The API established industry-wide standards first published in 1924. Currently, API upholds over 700 standards of practice regarding all aspects of the oil and gas industry. Promoting safety, using interchangeable equipment, and maintaining sound and proven engineering practices.

The API Monogram Program established to verify compliance with industry standards by manufacturers of industry-specific equipment. The program included tools for drilling, production, and refinery.

The API Engine Oil Licensing and Certification System (EOLCS) allows engine oil marketers to get authorization to use the API Engine Oil Quality Emblems. These emblems, when applied to each container of oil, let consumers know of the quality of the engine oil for their diesel or gasoline vehicles.

Taxation became the third area of activity. In the beginning, the API worked with congressional committees and the Treasury Department developing a straightforward, logical, and orderly administration of taxing oil products.

In 1930, these efforts expanded to include state governments. As a result, both state and federal governments fund the building of roads from taxing highway fuels.

In 1969, the API relocated its headquarters to Washington, D.C. remaining there today.

The American Petroleum Institute history began with World War I where the federal government and oil industry companies cooperated to provide petroleum for the war effort.

The need for future cooperation between these entities after the war ended prompted the creating of an industry trade association. The API was formed in 1919 to represent the entire U.S. oil industry and to cooperate with federal and state governments.

Besides enabling cooperation within the industry and with governments, the API strives to promote industry safety and influence public policy. It also supports a strong, viable, American oil and natural gas industry.