How The Spindletop Oil Discovery Changed Texas and U.S. History 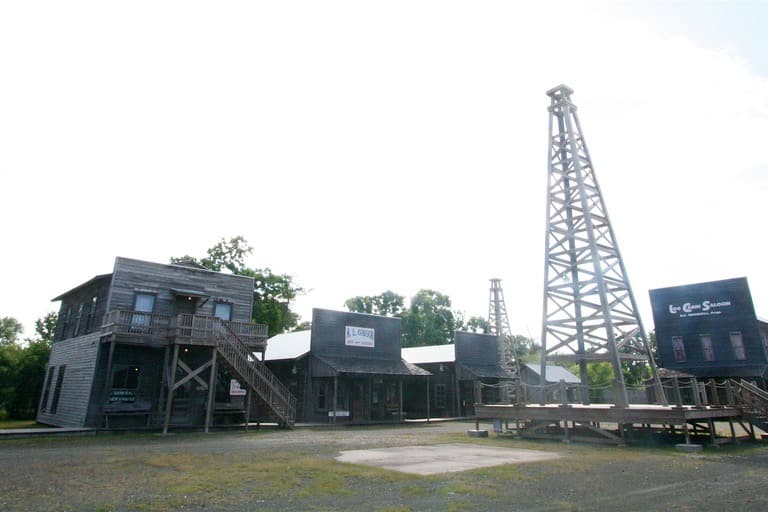 One of the most important events in oil history

Texas at the turn of the twentieth century depended upon farming, lumber, and cattle ranching for its basic economy. While oil was drilled in Texas in the late 1890’s and early 1900, it did not produce enough to have any significance to the state’s economy. The Spindletop discovery changed everything on January 10, 1901, when oil was struck. This delightful image was taken by Roy Luck and he has an album in Flickr. Republished under creative commons 2.0.

Spindletop is an oil field built on top of a salt dome located near Beaumont, Texas which mainly produced lumber. On that history-making day, the Spindletop gusher raged for 9 days gushing 100,000 barrels of oil per day. As a result, Texaco and Gulf Oil, now part of Chevron Corporation, were founded for the development of oil production at Spindletop.

Daniel Yergin, a Pulitzer Prize author and energy authority, claimed that the Spindletop discovery guided America into the golden age of oil. Before Spindletop, oil was mainly used as a lubricant and for burning oil lamps. The volume of the Spindletop oil made it economically feasible to use petroleum in the mass consumption of fuel.

The Spindletop well, a discovery that created the greatest oil boom in America – exceeding the nation’s first oil discovery well in 1859 in Pennsylvania.

For those who like to watch as well as read, we found a really well-made video from the ‘Texas Bucket List’ series.

Oil has been around for hundreds of years. As far back as 1543, Spanish conquistadors used crude oil for caulking their ships and waterproofing their boots. Native American Indians drank crude oil in an attempt to cure digestive problems.

Before 1800, settlers used the oil seeping from the ground as lubricants. In 1847, Sour Lake, Texas settlers discovered bubbling oil on its surface.

Prior to 1901, many speculated that oil was under Spindletop Hill. This was due to its vast bubbling gas seepages which ignited when lit, and the fact of having numerous sulfur springs.

Patillo Higgins, a one-armed mechanic and self-taught geologist, was one of the few at the time who believed that U.S. industries would soon switch fuels from coal to oil. Higgins believed that Spindletop Hill, just four miles south of the town of Beaumont had oil. This was in spite of contrary conventional wisdom at the time. The hill formed over a million years was a result of a huge underground salt dome that moved towards the surface. Higgins had a gut feeling that by drilling down from the top of the salt dome would produce oil. Local geologists were skeptical of Higgins beliefs.

Then, Patillo Higgins quit the company to team up with Captain Anthony F. Lucas, a leading salt dome formations expert. In 1899, Lucas signed a lease agreement with the Gladys City Company and a later partnership contract with Patillo Higgins. However, after Lucas drilled to 575 feet, he ran out of money.

Lucas found additional investors James M. Guffey and John H. Galey from Pittsburgh, Pennsylvania. Their investment reduced Lucas to only a one-eighth share while Higgins was completely left out. In addition to funding, Guffey and Galey’s main contribution was bringing in Al and Curt Hamill from the Corsicana oilfield who were drilling mud experts.

Finally, on January 10, 1901, Lucas drilled to a depth of 1,139 feet and struck oil. What later become known as the “Lucas Geyser” and the “Lucas Gusher”, the gusher blew over 100 feet in the air at a rate of 100,000 barrels per day. After nine days, the gusher was finally brought under control.

At the time, Spindletop became the largest gusher in the world. As a result, the little town of Beaumont turned into an oil-fueled boomtown. Its population of 8,500 quickly tripled in a month and grew to 50,000 within a year.

Besides local population growth, land values rose rapidly. In addition, by 1903, 285 wells were operating and more than 500 oil related companies were created.

As the first oilfield in the U.S. Gulf Coast, Spindletop inspired further drilling and oil discoveries in the region. Drilling in other salt fields proved to be very successful. In a short time, the Gulf Coast became a major oil region.

During that time, Texaco and Gulf Oil grew into major oil producers. Ironically, Standard Oil was completely shut out of Texas by its state antitrust laws. Standard Oil had a major monopoly in the eastern states petroleum industry. Even companies affiliated with Standard Oil were banned from Texas due to alleged improper business practices. In spite of these banishments, Standard Oil was still able to build refineries in the region because no other U.S. companies could.

By 1903, Spindletop production began to decline. Eventually, production decreased to only 10,000 barrels per day in 1904.

Here’s another photo that was taken by Roy Luck . Republished under creative commons 2.0.

According to the American Oil & Gas Historical Society:

Lucas first spudded in a well in October of 1900. He used a heavier, more efficient rotary type bit. In essence, Lucas popularized rotary drilling technology. Over the next three months, Lucas drilled along with the Hamill brothers trying to overcome difficult oil sands. The sand made the hole susceptible to cave-ins. Curtis Hamill solved the problem by pumping mud instead of water into the hole to flush out the drill cuttings. The mud stuck to the sides of the hole which prevented cave-ins. This was a revolutionary solution for drilling into sand. Drilling mud has been used globally ever since.

Finally, on January 10th mud started bubbling from the hole. Frightened drillers ran as six tons of four-inch drilling pipe shot out of the hole. When the well blew, Curtis Hamill was working on top of the rig. He fought for his life getting down in time. Then it calmed down for a few minutes as mud, then gas, and finally oil spurted out. That’s when Curtis Hamill returned to shut off the derrick floor machinery.

The resulting stream traveling over 1,139 feet underground blew an oil stream over 100 feet high. It took nine days to finally cap it. The flow averaged 100,000 barrels per day.

When it was capped on January 19, a large pool of oil surrounded it. When word got out, thousands of onlookers, speculators, and oilmen eventually transformed the town of Beaumont into a city.

Sidenote: Drilling companies have continuously used ingenuity to solve wellbore and drilling problems. For those interested, here are our articles about turbodrilling, jet drilling and wellbore cleanups.

Multi-million dollar land deals spread like wildfire. By the end of 1901, over $235 million was invested in Texas oil. But not every investment was successful. Some became instant millionaires while others lost everything.

By 1985, over 153 million barrels of oil had been produced from the Spindletop fields.

The Spindletop discovery had an immense impact upon Texas and world history.

Michel T. Halbouty, a Texas oilman co-authored the 1952 book ‘Spindletop: the True Story of the Oil Discovery That Changed the World’. He proclaimed that the Spindletop discovery “affected the entire world”.

It revived the industrial revolution, which had been dead for a while. It caused the United States to become a world power. It revolutionized transportation through the automobile industry. It started the Liquid Fuel Age, the greatest age in the history of the world.

Anxious to make similar discoveries, investors spent billions of dollars all over the state of Texas searching for oil and natural gas.

The huge volumes of oil caused prices to drop from $2 to less than 25 cents a barrel. Causing fuels to become cheaper helped revolutionize American transportation and industries. Pipelines, storage facilities, and major refineries were built around Spindletop including Beaumont, Sabine Pass, Port Arthur, and the Orange areas.

Numerous major oil companies sprang up because of the Spindletop discovery.

The 1950’s experienced another oilfield boom when sulphur was produced by the Texas Gulf Sulphur Company (later TexasGulf). It produced oil until 1975.

From 1963 through 1966, deep-seated oil production accomplished depths as low as 9,000 feet. The Spindletop old field lasted into the 1990s by yielding little production in the form of salt brine and stripper wells.

Too much of a good thing

The sheer number of Spindletop wells eventually led to a quick decline in oil production. Oil production in 1902 yielded 17.5 million barrels. By early 1904, the Spindletop wells only produced 10,000 barrels per day. While the deposits from its shallow Miocene caprock diminished, the oilfield didn’t dry out yet.

In 1925, a second boom came with the Yount-Lee Oil Company drilling into the salt dome down to 5,400 feet. Several other discoveries in the area on the flanks of the salt dome also produced some success. Land prices rose to $200,000 for a one-acre tract, a lot of money during that time period.

In 1941, a pink stone monument was raised near the original site of the Lucas Gusher commemorating the Spindletop discovery. However, due to the removal of oil, brine, and sulphur, the Spindletop dome surface subsided causing the monument to be moved to the Lamar University campus at Beaumont. The Spindletop/Gladys City Boomtown Museum now houses the Spindletop Monument.

The Spindletop Oil Discovery changed Texas and U.S. history because of the vast volumes of oil. This drove oil prices down from $2 a barrel to less than 25 cents. The doors opened for mass production of fuels which revolutionized transportation and industry in the U.S. This brought about the Industrial Revolution.

America quickly became a global power by being the world’s largest producer of oil in the early 1900’s.

The automobile industry along with the entire United States should thank the Spindletop Oil Discovery for lifting the economy into prosperity which still remains today.