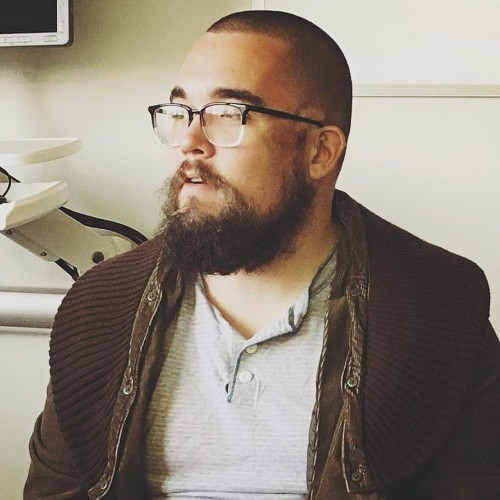 Nicholas Olsonhttp://nicksfics.com
Nicholas Olson is a freelance writer from Chicago now living in North Carolina. When he’s not writing a novel or wrangling a cat, he’s editing at The Citron Review/Cease, Cows or is reviewing for The Review Review. He was a finalist for Glimmer Train’s 2016 Very Short Fiction Award and has been published in SmokeLong Quarterly, Hobart, Literary Orphans, decomP, and other fine places.

It’s an unfortunate and all too common trend that’s been cropping up lately–people having to take a step back in their career and settle for less than what they need and want. While the jobs outlook has been improving, it’s still a bit sluggish, which can lead to people accepting a downsized position to avoid the alternative of being laid off altogether.

Instead of being able to make lateral moves or jumping ahead in their careers, too many people are forced to stagnate in their positions or even worse take a pay cut just to survive.

In this post, we’re going to look at some of the ways that you can start to re-build your career when you’ve had to take a step back.

This goes without saying, but you’ll need to be ready for anything. Just because you’re taking a pay cut now doesn’t mean that you’re immune from being laid off. It’s important to have a list of references ready and to update your resume with the duties of your current employment. That way if you are laid off, you won’t be caught off guard.

This goes along with having a properly updated resume, but you should definitely brush up on your interview skills. You’ll want to get up to date with questions that interviewers today will ask, because they’re probably a lot different than they were five or six years ago. Keeping up to date is essential, especially considering this ever-changing world in which we live.

Take stock of your career goals.

Take a look at the job you’re currently in. Do you want to be here forever, or at least a year? If no, then what do you want from your current career and your overall career path. It’s easy to get into the mindset that you’ll never find another job, that you’re stuck where you are.

This isn’t the case, though, as there are always ways to move forward, even if you have to move laterally or backwards at first to get there. It’s important to take the one step back, two steps forward approach to your career and life. All it is, is a setback. Nothing more.

Go back to school.

Are you struggling to see a way out from your position? One of the best ways to move forward is to take a step back and enroll in classes. This could be at the community college level or a four year university. No matter what you choose, you’ll be making yourself more desirable in the eyes of a future (or current) employer.

You are the judge between whether you should enroll in classes that will help you in your current career path or if you want to try something different altogether. You can’t go wrong with studying for a different career track. The old adage you can’t teach an old dog new tricks is completely false here. You’re never too old to learn and never too set in your ways to move on from a situation that isn’t good for you.

Maybe you’re sick of the oil business, or the particular niche that you’ve found yourself stuck in. That’s where learning a trade could easily reverse your situation. You could go to school for the particular trade you’re in or use the knowledge you already have should you be skilled in it.

This way you can enjoy the fresh air while working construction or getting a comparable paycheck while working with your hands. Keep in mind that this isn’t for everyone, but for those who want to ditch the florescent lights in favor of the bright sun, (or vice-versa) this is the gig for you.

Know that this isn’t forever.

It can be all too easy to fall into despair when you’ve had to take a step back in your career. It can change your view of yourself and even lead to depression. What’s just as important as putting effort into moving forward in your career is to encourage yourself with positive self-talk. Understand that this isn’t the end. You’ll be out of this position soon enough and will land on your feet again.

It’s an unfortunate and all too common trend cropping up lately – people having to take a step back in their career and settle for less. While the oil and gas employment situation has been improving, it’s still a long way off normal, which can lead to people accepting a downsized position to avoid the alternative of being laid off altogether.

While this list isn’t exhaustive, we hope it’ll help you in your quest to re-build your career. Understand that this is not forever and take small, actionable steps, and you’ll get through this.

Nicholas Olson is a freelance writer from Chicago now living in North Carolina. When he’s not writing a novel or wrangling a cat, he’s editing at The Citron Review/Cease, Cows or is reviewing for The Review Review. He was a finalist for Glimmer Train’s 2016 Very Short Fiction Award and has been published in SmokeLong Quarterly, Hobart, Literary Orphans, decomP, and other fine places.