Intro: This article is part of an ongoing O&G Education segment. We’ll not only show an overview of what completion engineers do but feature a list of frequently asked questions on the topic. Over time, this post will be updated to contain the most accurate information. 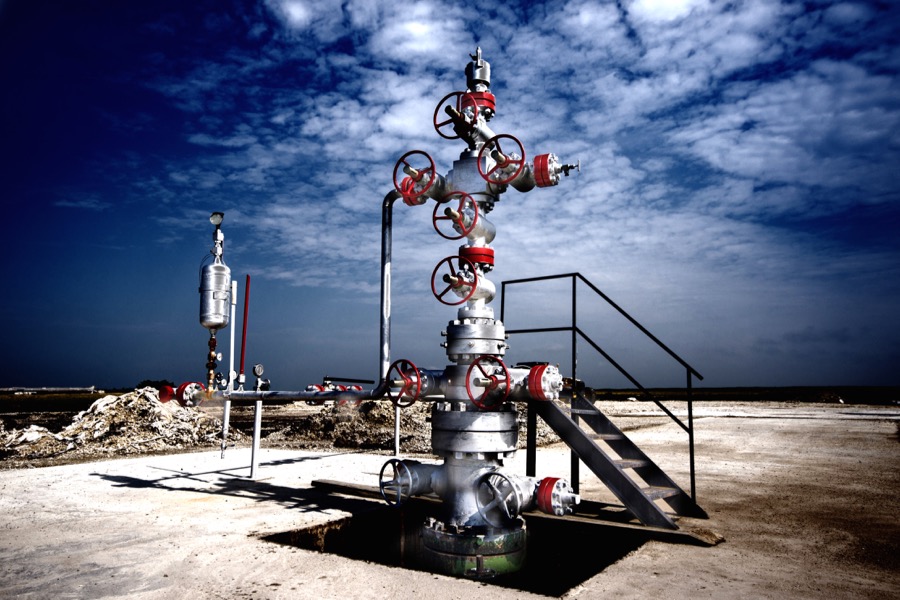 What is completions engineering?

Once the wellbore has been drilled, and the cement and lining is in place, the wellhead gets added. The early stages of the well have been completed, and the objective is to have a fully functional well, pumping safely, cleanly, and at an optimal rate of performance.

The stage between the wellbore being completed, and the well operating fully is the well completion stage. This process follows similar steps whether the well is deep on the ocean floor, or land-based. The term applies to conventional drilling, as well as enhanced, multilateral or fractured wells.

Completions engineering involves every aspect of this process, from planning to turning on the taps. At the completions stage, all current data has to be assimilated, such as information about the well pressure, temperature, the reservoir formation and so on. All other departments from the drilling team need to share their data so that a plan is made. Then there is the organising of equipment, deliveries, staff, and the actual work of the completion itself.

What qualifications do you need to become a completion engineer?

Skilled jobs in the oil and gas industry are usually held by either people who have ‘worked their way up the ladder’ or have a relevant degree. If you’ve started at the bottom and already hold a senior role, then you’ll be unlikely to need to read this page. One exception is if you have a non-relevant degree, but have moved into another drilling engineering role through work experience.

For now, we’ll focus on the relevant qualifications that are most suited to the role:

You’ll still need some on the job training of course, but if you’re looking at starting a degree, these are most suitable. The mechanical and chemical variants also have the added advantage of being less industry specific.

Here’s a list of tasks and responsibilities that are likely to be assigned:

This list isn’t exhaustive, and many of these jobs will also be done by other job roles at the same time, or instead of. This will give you a good indication of what the job might entail, but each specific job will involve different duties and specifications.

A senior completions engineer is one that has other people doing the same job as subordinates, the difference being the level of experience and responsibility.

Who does a completion engineer report to?

The completions engineer will work alongside the rest of the well delivery team, including drilling engineers, production engineers, geologists, and reservoir engineers. They will all be responsible for the regular submission if data and reports that will go higher up the chain.

The people who will want to see these reports are the drilling superintendent, project manager, and the executive team at head office.

Is it an office or an on-site job?

It can be either, or often both. For example, you might spend weeks or months in the office creating the plan, ordering supplies, communicating with other departments. Then, a trip to the rig or platform might be necessary, to make sure that the completions are going to plan.

To fly out to a rig or platform in a helicopter, in the wind and rain, looking down at massive crashing waves is not for the faint of heart. This kind of practical aspect can also offer some of the most exhilarating and satisfying parts of the job as well.

Is the job dangerous?

The oil and gas industry has a reputation for being difficult, dirty and dangerous, but these factors vary massively. While applying for a specific completions job, you’ll get to see the details.

Location aside, a completion engineer is less likely to be affected by the most common issues, such as mechanical failure or accidental injury, in comparison to a toolpusher or a driller for example. Just be sure to read the work description carefully, and ask your interviewer or recruiter any questions that might affect your work decision.

Nothing, completion and completions are the same things. Completion refers to the final stages of preparing a well for production, there are a number of tasks to perform to make that happen. This means that the plural version also makes sense, and/or is preferred by some.

What are the differences between a drilling, completion and subsurface engineer?

A completion engineer and a subsurface engineer are basically the same roles, but some companies use different titles. A drilling engineer has similar skills and training but focuses on the first stage of the process. (From when the drill enters the ground, to when it is ready to be completed). All these job roles are subsets of petrochemical engineering.

According to Glassdoor on their page updated on the 7th of April, 2017, the average salary that was submitted to them ranged from $72,000 to $155,000. (Including overtime and bonuses). This was based on information submitted by 16 sources, from 14 different companies around the world. Variations didn’t seem to be based on country, which is good news for graduates in developing countries. One point to bear in mind is that the starting salary for the job is going to be a lot lower, perhaps around $40-60,000 per year.

There were 2 interesting outliers worth mentioning. There was an hourly interning position of $22-$28, and a completions engineering leader role. A leader will have a number of completions engineers reporting to them. The salary for this role is understandably higher, coming in at $188-202,000.

Is it a stable career?

Historically, completions engineers have been in high demand. A well completion is arguably the most important stage of the process. (Although a fluids and cementing expert might disagree). It’s the link between the reservoir, the wellbore and casing, and the effective extraction of hydrocarbon. If the equipment ordered and installed is incorrect, daily performance will suffer, and the well itself can become unstable.

Because it’s such an important role, people who perform it have always been in high demand, especially those with a good record.

The events of the current few years cast a little doubt on job stability moving forward, It’s likely that drilling activity will continue to experience boom and bust periods. Bear in mind that this type of thing happens in many industries, but at the same time, there is nothing you can do if there are few jobs available. (You can’t decide to drill your own well, whereas you can start on your own as a small builder for example).

Are you about to study a for a new educational qualification?

Are you reading this page because you’re trying to decide what to do with the rest of your life? Are you preparing to go to college or university? If so, then fill your details below so that you can receive the latest information about suitable course options:

After starting in October and November 2019... The global impact of the COVID-19 pandemic spread around the world in the first … END_OF_DOCUMENT_TOKEN_TO_BE_REPLACED

(Written by Dave Taylor, the owner of rp², with input from Jason Lavis)A REAL ChangeIn an industry well over 100 … END_OF_DOCUMENT_TOKEN_TO_BE_REPLACED

Cost Saving through Operational Optimisation Without exception, every Operator has the potential to reduce their operational … END_OF_DOCUMENT_TOKEN_TO_BE_REPLACED

The Oil Industry of Nigeria If anyone asks Chevron or Shell, for example,  how they feel about Nigeria, the response would … END_OF_DOCUMENT_TOKEN_TO_BE_REPLACED

Working on an offshore oil rig or platform is a unique experience Note: In this article, we'll use the word 'rig' and 'platform' … END_OF_DOCUMENT_TOKEN_TO_BE_REPLACED

The beginning of the 20th century in the United States was marked by what historians call the Texas oil boom. Its other name was … END_OF_DOCUMENT_TOKEN_TO_BE_REPLACED