Technology in Drilling Increases Oil Production As Well As Profits 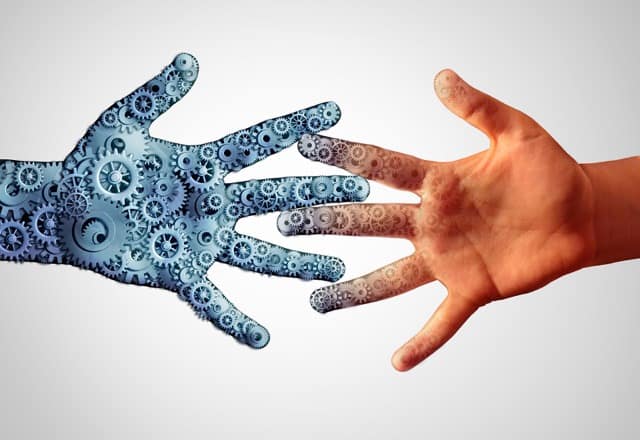 Regular oil industry crashes aside, technological improvements in drilling over the decades have substantially added to production levels and company profits.

As you are probably aware, the ‘Shale Revolution’ refers to the production growth in the United States that’s led by the new developments in natural gas and oil sectors. Using a combination of horizontal drilling and hydraulic fracturing, producers gain access to hard to reach reserves of oil and gas. These reserves are situated in low-permeability geological formations with too high a cost to extract them through standard drilling.

Until recently, the largest consumption of oil, around 25% of global demand, was done by the world’s largest consumer, the United States. Advances in the oil & gas industry of the United States have given a push to the economic recovery leading to more job opportunities, increased investment in oil and gas producing areas, and lower prices of gasoline. All this has helped in recuperating from the financial crisis seen in 2008.

In this post, we’ll learn about the various technologies used in the production of oil and gas.

Hydraulic Fracturing is a stimulation technique allowing energy producers access to difficult geographic formations. Existing since 1947, this technology, along with horizontal drilling, has led the United States’ Shale Revolution. North America has over a million hydraulically fractured wells. Besides this, 90% of gas and oil wells built in Colorado use hydraulic fracturing.

For hydraulic fracturing of a well, producers insert a combination of chemicals, water, and a proppant inside a wellbore that creates cracks in the rock formation. This allows the free flow of natural gas and oil.

Hydraulic fracturing or more commonly known ‘fracing’ is a controlled and proven technology. First utilized in the 1940s, this technology has paved the way for huge reserves of clean-burning natural gas and oil from dense deposits.

Fracing has been made use of in more than 1 million wells in the United States and has produced more than 7 billion barrels of oil as well as 600 trillion cubic feet of natural gas, without any hazards.

In addition to augmenting energy supplies for homes, shale development has numerous economic benefits. We now have enhanced local economies, courtesy of hydraulic fracturing in the Barnett Shale and Marcellus areas. From property owners receiving royalties to generating tax revenues for the government to producing high-paying jobs in America, hydraulic fracturing has resulted in remarkable welfare.

Increased gas and oil shale development has produced multiple ripple effects, some of which are changes in the professions of hospitality, construction, surveying and engineering, environmental permitting and equipment manufacturing. Consequently, the advent of hydraulic fracturing technology has led to the creation of 725,000 jobs in the United States, according to Reuters.

While directional drilling has been around since the 1930s, it’s grouping with hydraulic fracturing has revolutionized the energy landscape only in the last decade. Energy producers can now reach new peaks, produce cost-effective solutions to oil and gas exploitation, and thus contribute their part in the Shale Revolution.

This method is used to increase the production of oil and gas resources. An underground pipe or cable is inserted in a prescribed path, minimally affecting its surroundings. The production can increase by as much as 20 times as compared to vertical drilling.

Any wellbore exceeding 80 degrees or even one including 90 degrees are counted as horizontal drilling.

The horizontal drilling technique is expensive and the costs can easily soar when it’s combined with hydraulic fracturing. However, this is offset by the increased production from this method. The natural yield of oil and gas from a well is augmented using these methods resulting in profitable wells. High oil prices also lead to increased profits.

With new reserves available for drilling, new job opportunities are created, according to Fox News.

Also known as oil sands, tar sands are a combination of water, sand, clay, and bitumen, the black viscous oil.

Tar sands can be mined and processed. From them, oil-rich bitumen is extracted that’s further refined into oil. The bitumen in it consists of the same molecules in liquid oil and hence can be used for producing petroleum and gas products.

The bitumen cannot be pumped in its natural state. Therefore, tar sand deposits are mined and then the oil is extracted by underground heating.

A key driver of different countries’ economies, oil sands development has created a number of jobs. And outside Alberta, more than 3400 Canadian companies have supplied oil sands.

A vital part of exploring gas and oil, seismic mapping is essential in energy production for our needs. Oil and gas producers make use of seismic mapping for obtaining detailed images of various rocks and their location under the surface. This information is helpful in identifying the size and location of gas and oil reserves.

Resulting echoes are recorded, converted into 3D maps and analyzed by computers.

This mapping and imaging technology is highly effective in improving oil and gas exploration.

If invested for the purpose of oil and gas exploration, this quick imaging technique (which also makes use of supercomputers in analyzing images) may cut down on time and money.

Digital imagery has made exploration precise so that companies can explore beyond the traditional areas and venture further into deep-water, shale, and tar sands exploration.

How It Increases Profits

By making the process faster and more efficient, seismic mapping is likely to lower the per barrel price for oil and gas companies. According to Dome Energy, seismic imaging has seen the highest return on investment.

This advanced technology has allowed oil and gas explorers to extract energy from oil and gas deposits in water depths that were inaccessible to us a few decades ago.

A survey vessel is sent to the seafloor to scan and look at various rock formations. Scientists on the survey boat send sound waves that reflect off the ground layers beneath the sea bed. These reflected sound waves are turned into an image, showing the features of the earth below.

How It Increases Jobs

Offshore drill rigs are constructed for this purpose. This produces jobs, thus stimulating the economy. Though this requires a lot of hard work, who would mind earning a higher salary? Deep-water drilling is creating jobs that offer the highest salaries.

With so many advancements in the field of oil and gas exploration, each year we can expect costs to lower, revenue to increase and production of the oil and gas to expand. In the coming days, there will be newer technology, satisfying our energy needs in a cost-effective way.