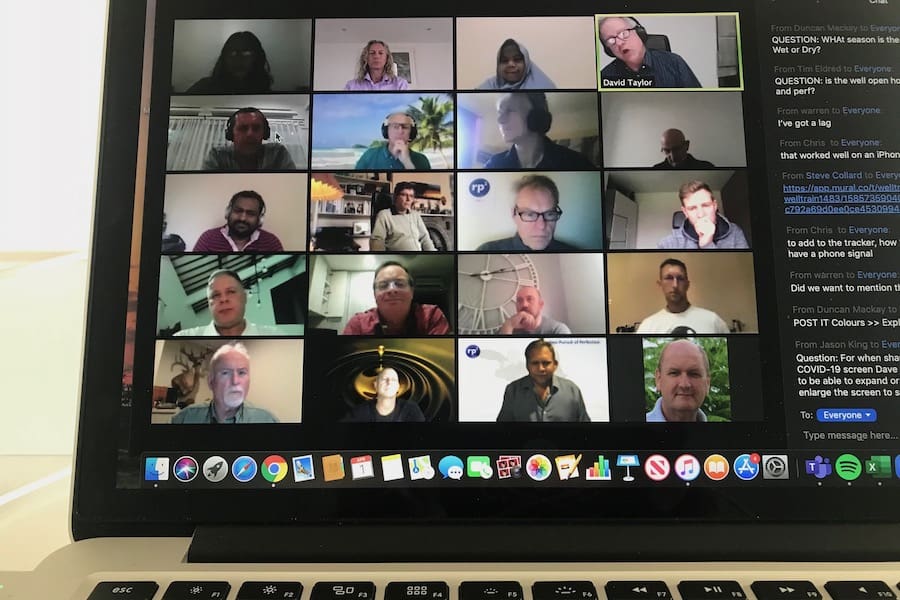 In an industry well over 100 years old, examples of step-changes and/or paradigm shifts are relatively common. When we look at other industries, we marvel at some of the developments and seek to integrate the benefits into our businesses.

It’s a common expression that humans have an innate fear of change; this perhaps has a solid evolutionary reason. We thrive in environments that we completely understand and are familiar with. When we master our surroundings, we can harness the forces of nature that we can then engineer to our will.

Change can happen so slowly that we only see it in hindsight and call it evolution. During every downturn, the inevitable ‘crew change’ headlines start to appear, as we fear the loss of experience and wisdom. This is particularly the case since it seems that the oldest-and-wisest are often the first to be released and the last to be re-hired

At the same time, many changes happen over generations. We can consider Planck’s principle. In 1950, Max Planck noted that:

“A new scientific truth does not triumph by convincing its opponents and making them see the light, but rather because its opponents eventually die and a new generation grows up that is familiar with it.”

In a way, it sounds like Darwin’s Theory of Evolution.

Hydraulic fracturing gets touted as revolutionary, but those of us that have been around for a while know that it’s hardly new. Big data threatens to make us all so much more efficient, but the impact hasn’t filtered through (yet). Why am I writing about change?

Change tends to happen more in line with Planck’s principle (evolutionary), rather than the regular step changes and revolutions touted on social media nowadays.

The other time when change happens is when it gets forced upon everyone – where there’s simply no choice. An example of this would be during the first and second world wars, where factories were quickly re-tooled for military purposes and concepts like tanks and jet engines were rapidly accepted and pressed into development.

The current COVID-19 crisis certainly feels like the latter, with the levels of fear and uncertainty around the world comparable to wartime. In the last 70 years, we’ve had wars on crime and drugs, and dozens of armed conflicts that weren’t even labelled as wars. Now, the mood around the globe feels similar to during a world war. Certainly if hoarding toilet paper is anything to go by! Yet, this is no world war.

Now more than ever, those of us that can continue to keep the wheels of the world economy turning must do so. We understand that many industries can’t carry on for the time being, but where would we be fairly soon if we stopped drilling, mining, planting crops and rearing animals?

The oil and gas sector is as critical as any other primary industry.  It provides for our basic human needs at an affordable price. Temporary oil glut aside, if we were to abandon wells and shut them in, stop producing once most of the CapEx has been committed, where would we be in five to ten years? Do we want to gamble only on emerging technologies, some of which have been subsidised to get to where they are today?

As a critical industry, we must go on. Oil and Gas infrastructure must be kept utilised and maintained. New wells must be planned and delivered.

Travel restrictions, initially driven by the need to keep everyone safe, are at the forefront of everyone’s minds as we all try to figure out how to keep the wheels turning in the global economy.

At Relentless Pursuit of Perfection Ltd (RP-Squared), we’ve begun to see the future in our mind’s eye.

We’re embracing the future, right now. We had expected to build on 2019, our best year ever, and continue to serve the same clients, as well as new ones.

There has been a hiatus while we figured out how to overcome the travel restrictions and social-distancing rules.

After over 20 years of evolution, we were able to run any kind of workshop in any country with any mix of people, becoming well-known for our firm-yet-fun, highly collaborative approach with more than a dash of passion, always delivering a robust action plan.

We have developed a virtual-offering that goes “Beyond Video-Conferencing” and will run our first commercial sessions very soon; an Abandon-Well-on-Paper Workshop involving personnel on the rig, and (home) offices of the client and business partners.  Remote facilitation and hosting services will be provided from our (home) offices in Jakarta, Spain and Aberdeen.

We have developed a mixture of webinars, online meetings and a collaborative cloud-based workspace. In addition to ‘getting as close as possible to our traditional offering’, we see additional benefits that will probably be useful post-COVID-19. Our interactive approach will help overcome the feedback we are hearing from those who have tried to host meetings themselves using ‘plain’ video-conferencing.

We have held several dry-runs (up to 25 people in 7 countries, as far apart as the USA and Thailand) and developed an onboarding process that familiarises the attendees with the tools ahead of the workshop.

To engage clients with this new approach, we ask them to spend an hour online with us as we describe the process and let them try out the tools for themselves.  Feedback has been that this could be useful beyond large workshops, and also for things like AARs (After Action Reviews).

This has taken me (Dave) out of my evolutionary comfort zone and thrust me and my team into a whole new world, one that Planck himself could only have dreamt about.

His so-called “opponents of change” are alive and well and adapting quickly.

These virtual-Workshops that we shall be conducting will be even more inclusive than ever, since there is nothing to stop any key stake-holder from participating. A true meritocracy of ideas and experience, all gathered in one space!

To finish with another quote from Planck:

“Anybody who has been seriously engaged in any (scientific) work of any kind realises that over the gates to the temple of science are written the words ‘Ye must have faith’.”

This article was originally published on the Relentless Pursuit of Perfection website: https://rp-squared.com/workshops/virtual-well-on-paper-workshops/

(Relentless Pursuit of Perfection Ltd. own and manage drillers.com, as well as SPREAD, the leading technical drilling forum)